Why is free glutamic acid added in vast amounts to processed foods? Our large profit-driven food companies have found that manufactured free glutamic acid, in the form of monosodium glutamate (MSG), hydrolyzed vegetable proteins, etc., etc., when added to our processed foods, masks off flavors and makes the blandest and cheapest foods taste wonderful.

The story is fascinating. For thousands of years kombu and other seaweeds have been added to foods in Japan to enhance flavor. In 1908 a Japanese scientist discovered that the active ingredient in kombu is glutamic acid and then the use of its sodium salt, monosodium glutamate, began in Japan.


During the Second World War American quartermasters realized that Japanese army rations tasted great. Following the war, they introduced monosodium glutamate, the flavor enhancing ingredient in the Japanese rations, to the food industry; and the world-wide use of processed free glutamic acid began to explode.

Since free glutamic acid is cheap and since its neurotoxic nerve stimulation enhances so wonderfully the flavor of basically bland and tasteless foods, such as many low-fat and vegetarian foods, manufacturers are eager to go on using it and do not want the public to realize any of the problems.


An excellent NOHA lecture on the dangers and hidden sources of processed free glutamic acid was given at Evanston’s Whole Foods Market on February 14, 2000, by NOHA Board Member Jack Samuels. He is president of the Truth in Labeling Campaign.


. . . free glutamic acid from food sources can get into the brain, injuring and sometimes killing neurons

Monosodium glutamate and other forms of free glutamic acid can be manufactured cheaply and sometimes it is even just a byproduct of other food processes. For example, the brewer’s yeast from the brewing industry contains free glutamic acid. Since free glutamic acid is cheap and since its neurotoxic nerve stimulation enhances so wonderfully the flavor of basically bland and tasteless foods, such as many low-fat and vegetarian foods, manufacturers are eager to go on using it and do not want the public to realize any of the problems.
In 1999 in an article in a peer-reviewed journal, NOHA Board Member Adrienne Samuels, PhD, wrote a history of the many deceptions used by those manufacturers, "The Toxicity/Safety of Processed Free Glutamic Acid (MSG): A Study in Suppression of Information."2
She points out "how easily truth can be hidden and how seemingly isolated incidents actually can be badly flawed research, direct suppression of information, and dissemination of biased information orchestrated by one group or industry."

According to Dr. Samuels, the evidence of toxicity is overwhelming. Exposed laboratory animals suffer brain lesions and neuroendocrine disorders. Scientists studying retinal degeneration in mice treated with free glutamic acid have noted that these mice also became grotesquely obese following administration of free glutamic acid.
The vulnerable hypothalamus in our brains regulates weight control, as well as other endocrine functions. When the brain is deluged with more free glutamic acid than it can handle, scientists know that problems and diseases can develop.
For example, they know that a diverse number of disease conditions such as ALS (amyotrophic lateral sclerosis, a progressive degeneration of neurons and motor cells of the brain), Alzheimer’s disease, seizures, and stroke are associated with the glutamate cascade.
Posted by Advanced Scientific Health Information and News at 4:33 PM

Nice work done... You have shared very good information..
Skin cancer is the most prevalent of all types of cancers. However, various methods of skin cancer treatment have emerged to eradicate this disease. You can visit Skin Cancer Treatment in Alabama to get detailed information.. 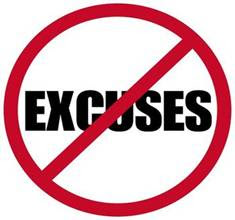